One Month To Go!

These two will be married one month from today! 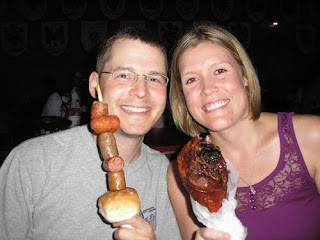 We had a wonderful barbecue meal the other day (from our favorite bbq place out here, Memphis Best Barbecue) as part of John's birthday celebration and Olivia ate it up.  Literally.  This is her, post-meal. 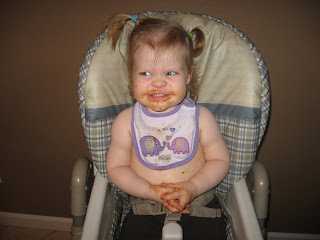 As much as I didn't like living in Memphis so much, I really miss the food there.  There were some awesome restaurants and the barbecue in Memphis is the best (yes, better than Texas bbq).
While we're on the Memphis jag I had a close encounter of the Memphis kind this morning.  I stopped (at 7:20 a.m. no less) to get a soda (Coke Cherry Zero specifically) and as I'm standing in front of the cooler trying to decide what I want, two men walk up.  Very nice but very scruffy looking.  They both say hello and one walks over to the beer side of the cooler and says something along the lines of "Some people like juice or milk for breakfast but not me.  I prefer beer!" and starts laughing.  No joke.  He then proceeds to take 2 glass 40's of Miller Genuine Draft out of the cooler and go to pay.  Don't forget that it was 7:20 a.m.  I seriously felt like I was back in Memphis.  Though John made a good point when I told him the story and it was that if it had been in Memphis the guy would probably have asked me to pay for the beer (or ask for something like $.43 to go toward the beer purchase).  While this story is not nearly as good as Kelley's bus stories, I thought it was funny and appreciated that I could start off a new work week that way.  Happy Monday!
Posted by J, B, O, J & Z at 8:34 PM 2 comments:

Today is John's 35th birthday.  Happy Birthday to him.  This is what we did today. 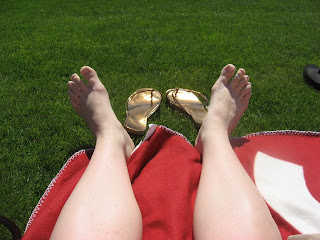 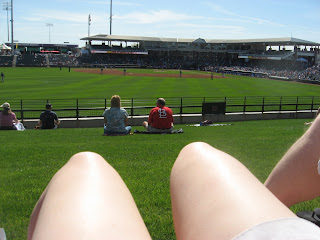 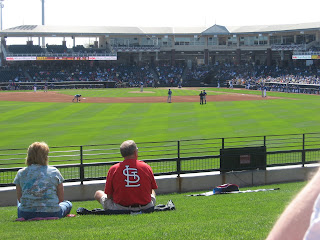