We survived!  That's the big news I guess.  O was wonderful on both plane rides and even slept for part of both legs.  Never in a million years did we expect that.  I didn't even bring a magazine or anything else to read expecting to have our hands full with her, but I really could have used some reading material after all.

We got to Austin on Wednesday and went up to Ryan's house where we were staying.  We chilled most of the day and had some barbecue for dinner from a place called Rudy's.  It was very good but I'm still a Memphis Barbecue girl. Ryan's dad, Mike, and brother and sister-in-law, Jason and Amanda came over as well for dinner and some Painkillers (a drink that my parents and Erin and Ryan discovered on their trips to the Virgin Islands and Ryan has recreated).  Awesome!  As you can tell, we had some fun. 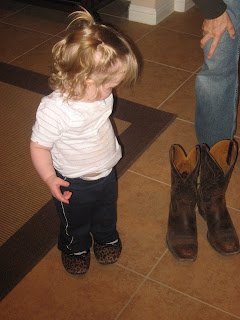 Olivia is wearing my shoes but wanted to get in the boots.  It didn't really work. 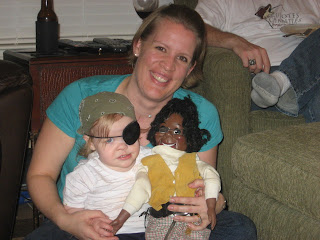 This is Little Eddie.  He is Ryan's pirate (don't ask).  We took his patch and bandana off and put it on O. 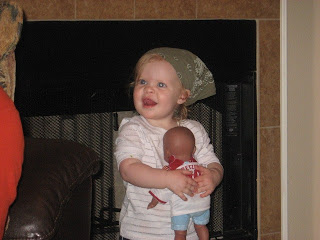 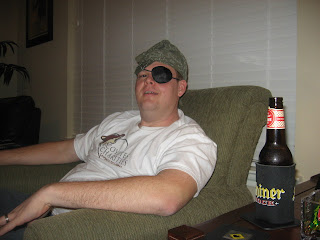 Some others got in on the act too.

On Thursday we went to my Uncle Larry's house for dinner and it was wonderful.  We had so much fun with everyone.  My entire family on my mom's side was there including two fiancees who will be joining the family next year.  Welcome Ryan and Jose!

Here are some pictures from that day. 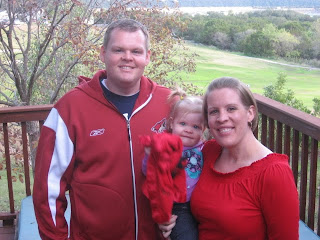 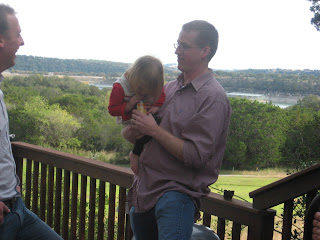 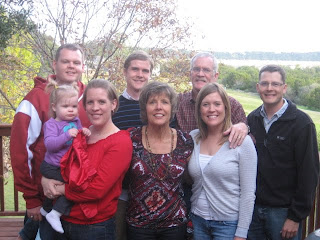 On Friday we drove from Austin to The Woodlands.  My mom was so excited that O finally got to go to their house.  We thought stairs might pose a problem since our house doesn't have any and she didn't have any experience with them but she put our fears to rest at Ryan's as she had no problem going up and down with a little help.  The only problem we had was that she wanted to go up and down over and over.  She had also shown us at the Goodyear Ballpark that she was fine with stairs. 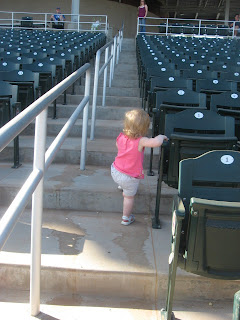 We hosted a baby shower for my friend Renee on Saturday so we had a houseful of women.  It was a lot of fun and it was great to see several of my high school friends.  On Saturday night Tom and Melanie came over with their daughter Riley to watch the Baylor game and hang out.  And I just realized that I didn't take any pictures of the girls, but Mel did so when I get some pictures from her I'll post them.

Sunday we just relaxed and my Uncle Andy came over for dinner.  O loved the lights my dad had put out so we ran around outside. 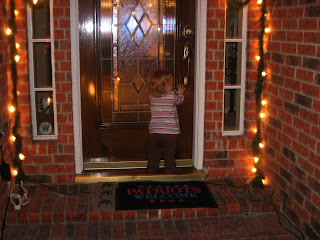 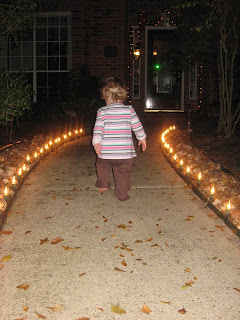 On Monday we came home.  As much as we didn't want to go home it was nice to be back in our own house and to sleep in our own beds.  I hope all of you had as wonderful a Thanksgiving as we did!

Becky, I loved this recent "blog". It is so great to keep up with you and John and O this way!