Since I am so far behind I am going to combine these two entries, but first I just want to say welcome to Abigail Noel!  My cousin Jason, and his wife Noel, had their second daughter on December 27.  We are so happy for you guys and can't wait to meet her!

Christmas was very nice with the exception of both John and I being sick.  On Christmas Eve we attempted to go to Christmas Mass and didn't quite make it through.  It didn't help that O had only had an hour nap that day.  So we went out for a steak dinner, which has become a tradition for us.  We ordered O some chicken fingers but she preferred dipping her celery and lemon slices (yes, that's right, lemon slices - she will eat them whole) into the cucumber dip meant for our appetizer. 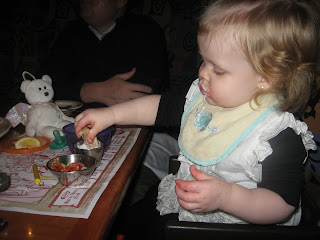 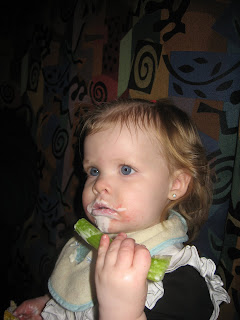 Her dress was so cute.  It's from my Aunt Sandra and Uncle Rich.  I added the black shirt, tights and adorable red shoes.  She looked really cute, even if she wasn't that interested in having her picture taken. 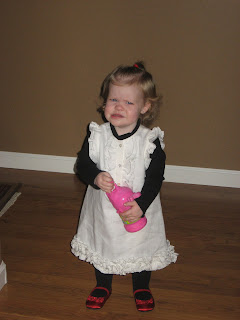 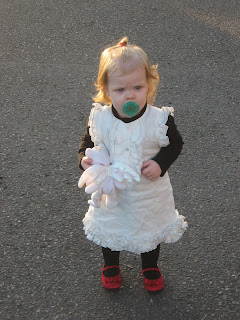 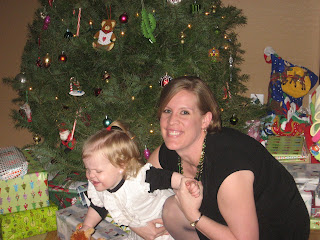 J and I survived our issues and were able to give O a really good Christmas day with lots of gifts and fun.  But we did push off our Christmas "dinner" until the next day because neither of us felt like eating anything.

Here is our before: 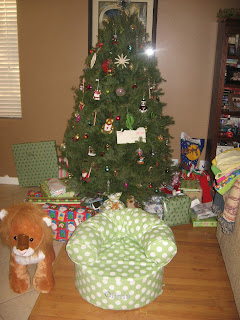 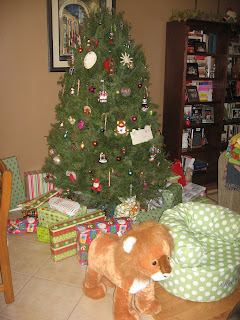 And here is our after: 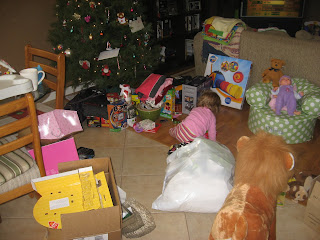 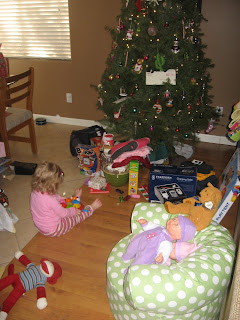 O got some awesome gifts.  Thank you everyone!  One of her favorites came from Santa and is a big lion that she can ride on.  It doesn't move or anything but she loves it and gives it hugs all the time.  Sometimes she'll stop as she runs by to give it one.  So cute. 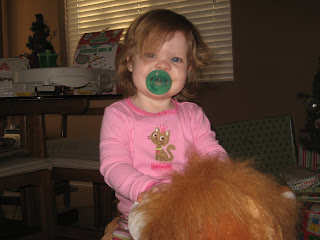 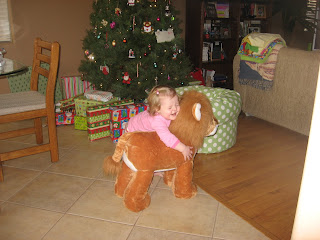 She also loves the chair that my parents got her and the tent and tunnel that J and I got for her (as does the cat). 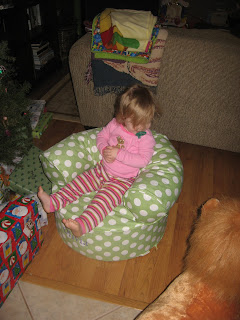 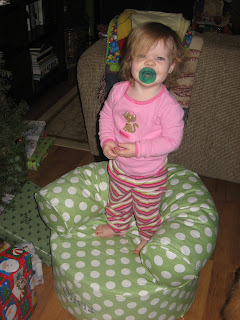 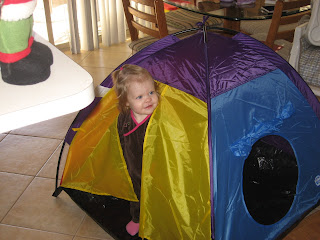 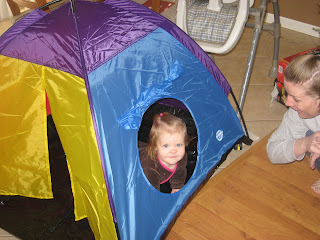 J was a good sport when O recruited him to help "babysit".  (I think those dolls are creepy but O loves them.) 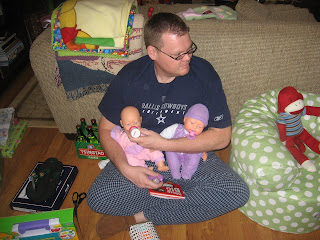 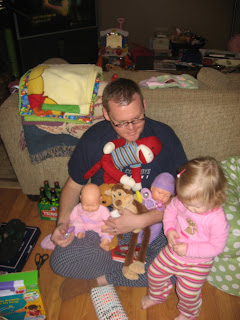 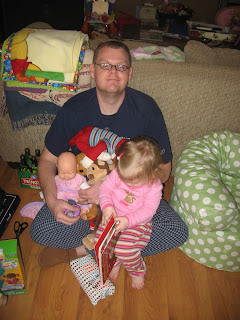 New Year's was uneventful for us.  We went to the Coyotes' game and then came home and watched Bruno (awful) and The Hangover (awesome!).  J and I did manage to stay up until midnight this year but were in bed shortly thereafter.  Here is O at the hockey game.  She wasn't a huge fan of the hat. 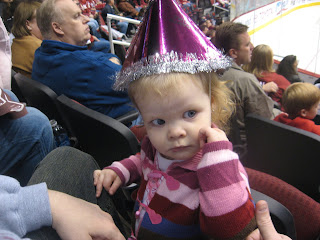 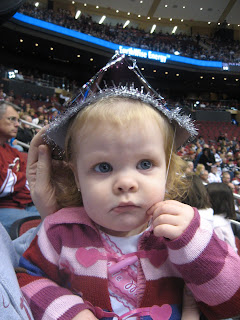 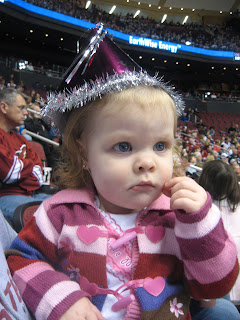 I've read a lot of places where people think that 2009 was a crappy year and I'm not going to disagree.  Even John made a comment that it sucked.  We have been very lucky in that the economic downturn and lay-offs haven't hit us though we have had our share of scares when it came to that.  Here's hoping that 2010 is much better than 2009!
Posted by J, B, O, J & Z at 9:08 PM

She is so freakin cute!!! Love her dress, and i love that she loves the lion :) And what a good daddy she has putting up with those creepy dolls!!