John's mom was in town a couple of weekends ago so we decided to all go to a pumpkin patch and farm.  I was interested to see how O would react to all the animals and people.  I was not at all surprised to see her reaction to the horses, cows, pigs, goats and chickens.  She LOVED them.  She is such an animal girl.  I turned on Animal Planet last night to try to distract her from her whining and she stopped crying immediately and ran at the sea lion on the screen.  She even loves our stupid cat.  He provides endless entertainment for her.  And that's great for Mom and Dad. 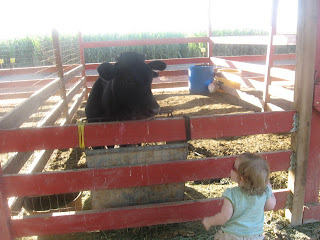 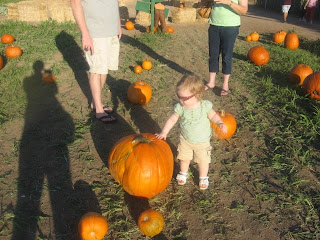 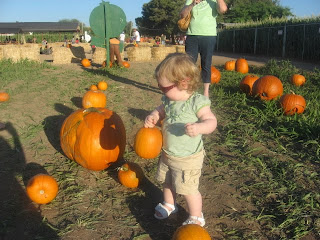 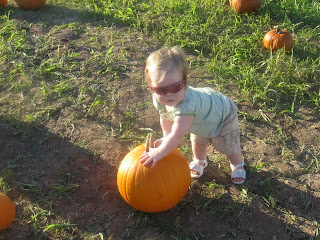 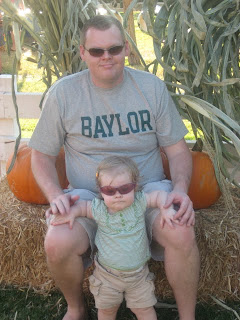 Yeah, she's not his kid at all. 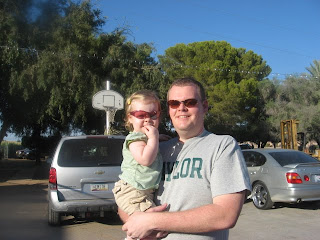 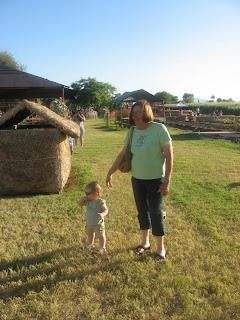 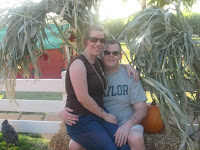 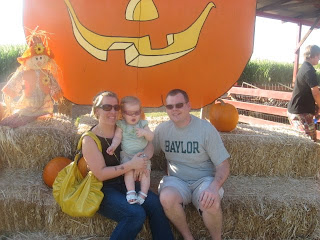 Things have been going well here.   It is finally getting cold here.  We are expecting a high of only about 62 tomorrow!  Break out the winter coats!  Of course, it's supposed to be 80 again by Saturday so it'll be short-lived.  At this point, I'll take what I can get.

Jobs are the same.  Although we just learned yesterday that the Coyotes "owner" Jerry Moyes has agreed to sell the team to the NHL for around $141 million.  He could have gotten $150 mill from Reinsdorf a couple of months ago.  I'll keep my opinion on the guy to myself.  It looks like he and Wayne Gretzky (again, I'll spare you my opinion) will get to split between $9-11 million which I think is hilarious.  So where things go from here remains to be seen.  The NHL is still saying they are looking for a buyer that will keep the team here but who knows what will really happen.

O's hair is starting to get crazy.  She won't leave barrettes in her hair unless she is distracted when I am putting it in and doesn't realize it's there. 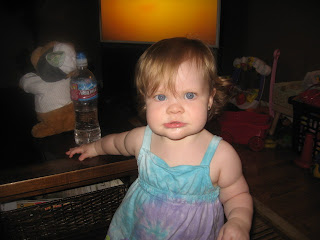 I'll leave you with this.  It was posted on a fence at the farm we went to for the pumpkin patch.  I can appreciate the sentiment. 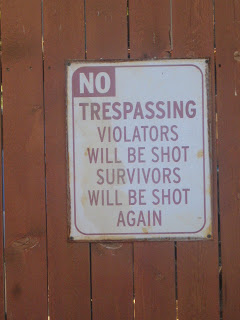 Olivia is so cute! What is her Halloween costume?