I signed O up for some parent-tot gymnastics classes on Saturday mornings for two reasons.  One, she needs to get out of the house to do something on a hot summer day and anything indoors is better than being outside.  And two, we need to tire her out so she will take a good nap and let John and I get some stuff done! 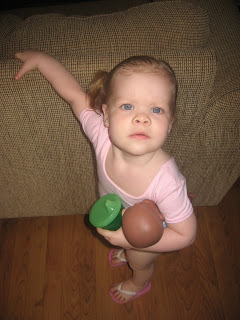 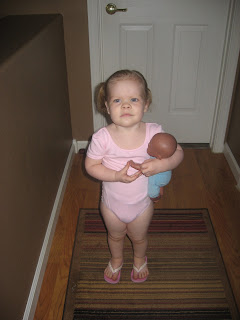 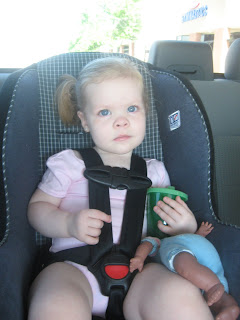 She wasn't quite sure what to think at first but she ended up LOVING the class.  I'm even considering signing her up for twice a week - Tuesdays and Saturdays.  It was funny to watch because the class is for kids ages walking to 3.  Anyone with a child knows that this age is not the best for following direction and paying attention.  This class was not an exception.  The teachers were great and tried to wrangle the kids the best they could and get them from one circuit to the next and for the most part it worked.  But there was always one or two who ran off to do something different - my daughter included. 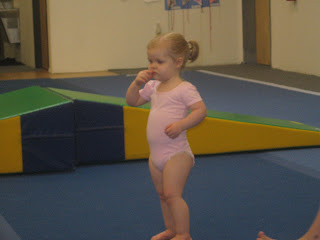 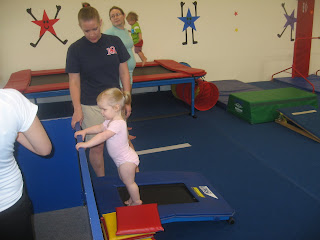 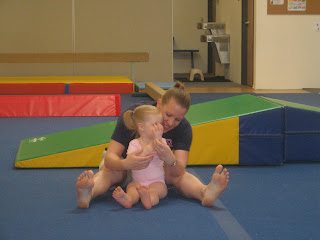 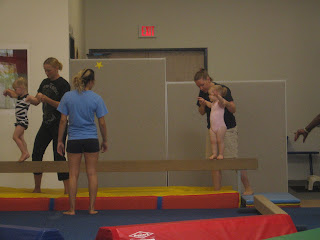 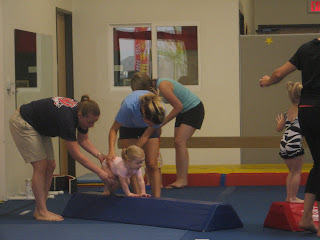 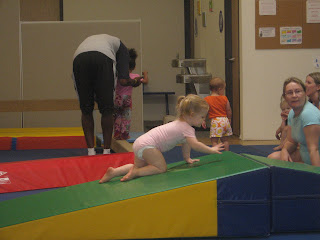 She couldn't get enough of the trampoline and kept wanting to get back on.  She liked the balance beam okay but much preferred the tumbling aspect.  She liked to go up and down the mats that are shaped like triangles and to go through tunnels.  Not so much a fan of the parallel bar or rings quite yet.  Even with mom showing her mad gymnastic skills and doing a spin on the bar didn't do it.  At least I had fun.  At one point in the middle of class O decided she wanted daddy to come in so John took over for the second half.  It was nice for me to watch the two of them interact like that.  She had so much fun! 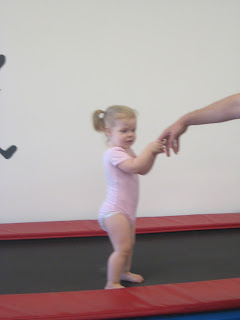 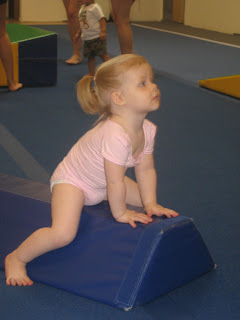 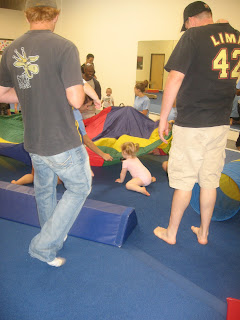 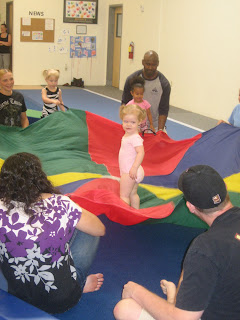 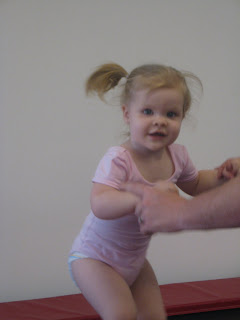 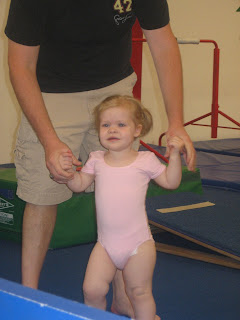 Those are great pictures and what a great idea! I think Katie would love something like that. Glad O had fun!

Becky! it is like deja vu! Looking at these pics and your description of the class was like being there in person! She is growing "into" herself and definitely developing her own style and personality.

OMG that is so cute!!! I told K today that we should sign L up for gymnastics - with him being so short and all :)

O looks soooooo cute in her leotard! Love the pics!