The day after the wedding Erin and Ryan opened their house to anyone that was interested to come on over and have a light lunch and some drinks (hosted by my parents).

If I'm being honest I thought this was a great idea ahead of time but the week of I thought it was a terrible idea because of the amount of work that was having to go into it and the amount of stress that my mom (and, in turn, my dad) were under to make sure everything was done.  We were absolutely exhausted from the week of prep and the previous two days festivities.  Luckily it wasn't scheduled until noon on Saturday and as it got under way I am so glad that we ended up doing it.  I was able to sit and talk with people I hadn't had a chance to visit with at the reception and it was so relaxed and nice. 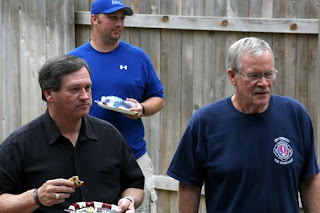 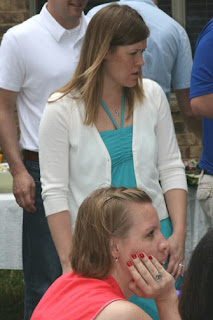 About 60 people or so came by at some point in the afternoon to eat sandwiches and have some beer (as if we hadn't had enough to eat and drink the night before!)  By the end of the afternoon we broke out the champagne that was supposed to be used for the champagne toast at the reception but was forgotten, and those left sat in a big circle and just hung out. It was a lot of fun. 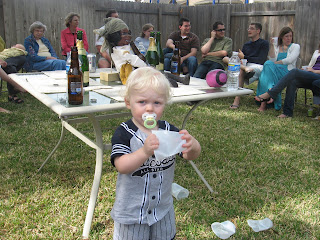 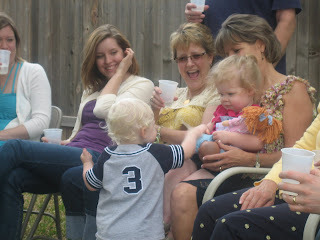 Olivia wasn't quite sure about Simon 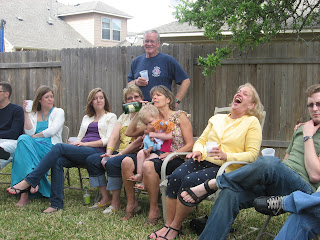 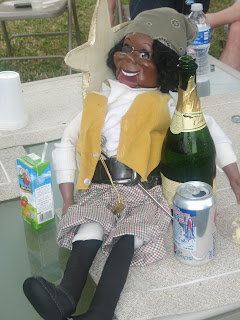 Little Eddie joined in the party too 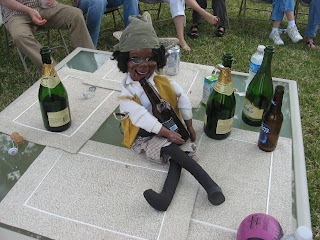 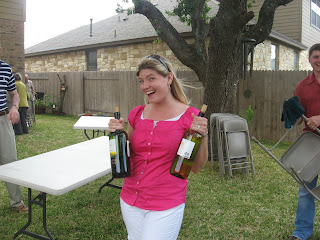 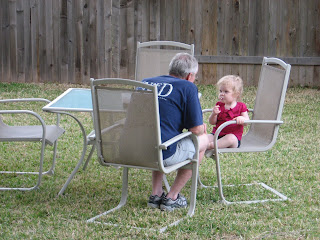 I can only imagine what he is telling her here. 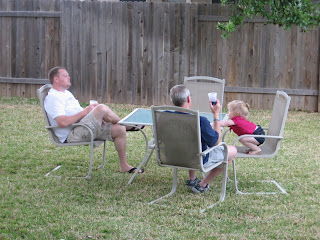 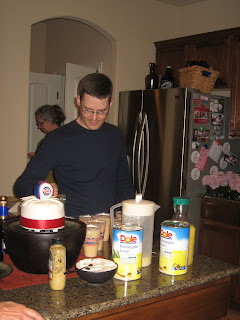 We had Ryan make painkillers.  They are awesome! 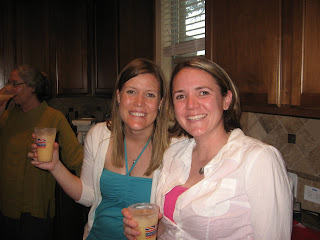 Erin and Ryan had to drive to Houston that evening so that they could be at the airport in time to leave for San Juan to catch their cruise ship the following day.  We bid the newlyweds farewell and J, O and I left very early the next morning making it back home late morning on Sunday. 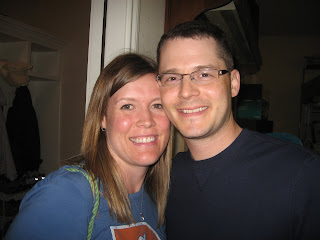 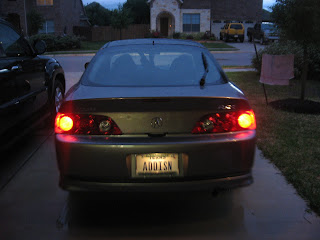 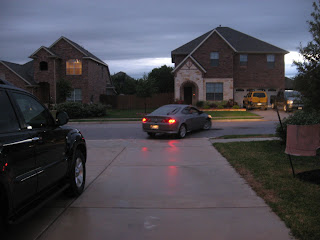 I had a ton of fun the entire week and just kept thinking about how I was back at work while E and R were on a boat somewhere out in the Caribbean.  Not fair.  I told John that we needed to get married again so that we could go on another honeymoon.

This is going to be the final part in the wedding posts series - unless I feel like doing a honeymoon post - but Erin broke their camera on the second day of the trip and they haven't developed their disposable cameras yet.  You never can tell though!
Posted by J, B, O, J & Z at 8:20 AM