This was the day that I was really looking forward to.  From the day we decided on Boston we had hoped to get tickets to a Red Sox game.  Luckily, Mike was able to score us some awesome seats.  And I do mean awesome.
Saturday morning was beautiful so we decided to walk Newbury Street which was 2 blocks from our hotel.  It is considered to be like the "Rodeo Drive of Boston".  It was awesome.  Any designer store you could imagine was there.  It was too early to shop so we spent a lot of time ogling the window displays.  It's not like I could afford much in the stores anyway!  But it was fun to look.  I did notice there was an H&M though and hoped to make my way back at some point.
We eventually stopped for breakfast and then headed back toward the hotel, with a stop at a liquor store, Clarendon Wine, to prepare for what we thought might be our day holed up in the hotel because of Irene.  The shop was small but the people working were nice.
We met Mike at the hotel and then jumped on the T for Fenway with what seemed like the rest of Boston.  I was giddy!  All of you know what a baseball fan I am and the fact that I was going to Fenway was so exciting to me.  It is one of those ballparks that all baseball fans HAVE to see at least once.  It is absolutely beautiful.  I wanted to take a walk around the entire concourse but didn't get the chance.  Next time.  I still have to take John (who was very jealous I got to go)!
We picked up our tickets on Landsdowne Street and headed for the best gate to enter.  Here are some of my first views of Fenway.
We got to our seats in the middle of the first inning and immediately ordered some beers.  Sara decided she was going to try to keep up with Steve.  Let's just say that she tried her hardest but it didn't happen.  We really didn't order much food so I can't speak to the quality, but my pretzel and daiquiris were good! 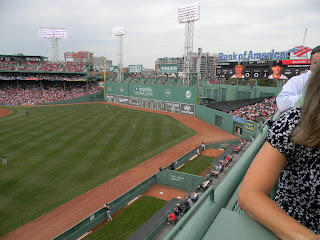 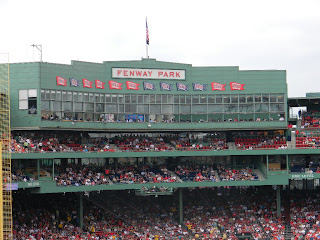 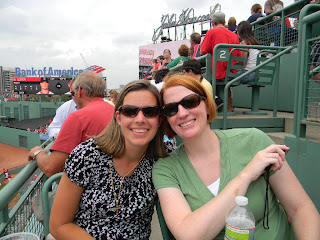 ﻿Eventually Irene made her presence known and the rain started to come down.  There were at least two rain delays during our game (the Red Sox decided to schedule a double-header for Saturday since Sunday's game was more than likely going to be rained out), but they did get it and the second game in.  Here are some pictures of us waiting out the rain. 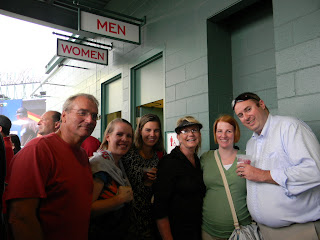 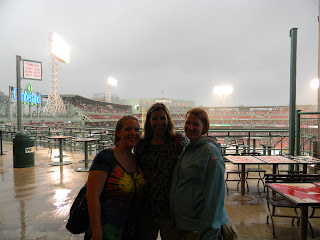 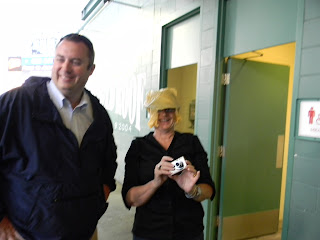 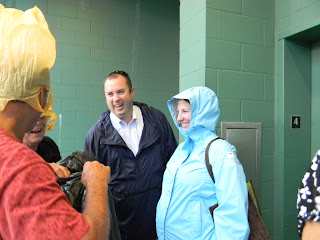 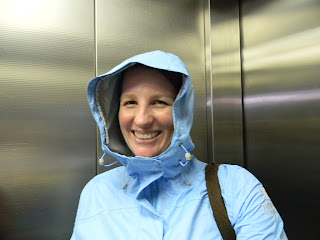 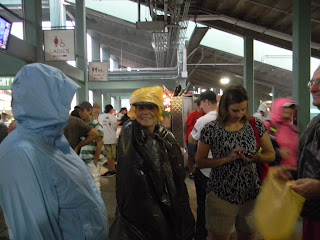 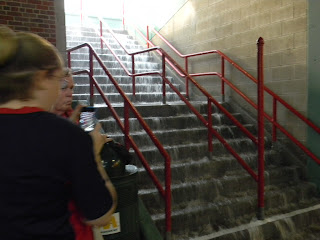 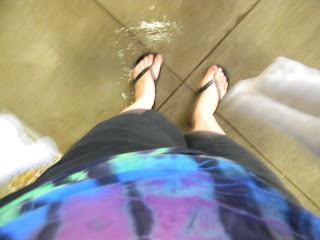 We left in the 7th inning and headed for dinner.  I had heard a lot of good things about Legal Sea Foods and there was one right around the corner from our hotel so we met there after a quick stop for Sara and I at the hotel.  It lived up to all the positive reviews I had seen.  I had the Legal Crab Cakes Combo with shrimp and scallops and it was awesome!  Everywhere we ate while on this trip was really good.  I wish I could eat that well on a daily basis.
After dinner Mike had to drive back to Connecticut before they shut down the highways for the hurricane and we all decided it was time to turn in.  We were interested to see what Irene was going to bring us the following day.  I also found out that evening that my flight had been cancelled the following day and when I called JetBlue they had also cancelled all their flights in/out of Boston for Monday too.  I was able to rebook for Tuesday evening - exactly 48 hours later than I had been planning to leave.  Boo.  But it all ended up working out pretty well in the end.
Posted by J, B, O, J & Z at 8:32 AM